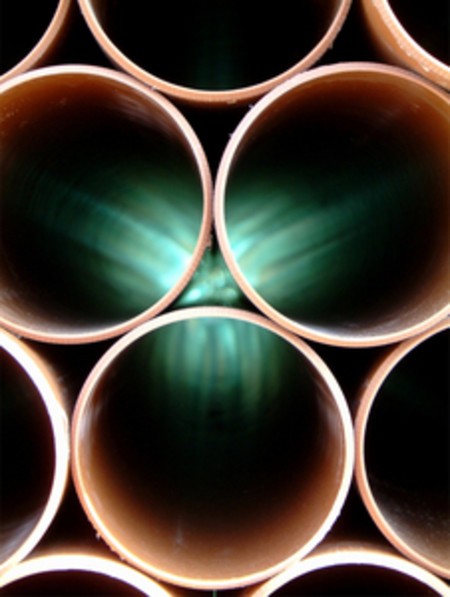 Thinking of moving into civils? We talk to three National Buying Group (NBG) Partners about how membership of the group has helped them to move into the sector or increase growth in their civils business.

One of the key benefits for independent merchants joining NBG is the access to deals and product areas which were previously closed to them. We talk to three NBG merchants: one an established player in the civils market; one significantly growing its civils business; and one that has moved into the area thanks in no small part to the deals, support, and expertise offered by NBG.

TIM: Collier and Catchpole has always been a civils specialist and as a result we can bring expertise and experience to the table. We’ve also been using NBG deals and support to move into timber and other areas, but civils very much remains our bread and butter. Over the years, we’ve built up a good reputation in our local area and good relationships with suppliers. But we still gain a greatly from NBG membership, not just through the great deals, but through the knowledge within the group and co-operation between members.

GARY: We are coming at civils from a slightly different angle at Penrith, as this is an area that we are just moving into. And as Tim says, as well as the great deals, being a member of NBG has given us access to products and contacts that we simply would not have had otherwise. We have been able to tap into existing relationships with suppliers and other civils specialists directly through NBG.

GRAEME: Poplar has traditionally been a civils specialist but we are recent recruits to NBG, so it has been an interesting exercise to see how membership could benefit an established business. One of the immediate advantages for us was that NBG gave us access to suppliers like Marley and Polypipe at a really competitive level, and that has helped our business enormously. But as well as products, NBG has given us the opportunity to share information, best practice and expertise with other merchant partners – that has been invaluable.

TIM: Like so many areas of merchanting, civils is very much a people-based business. The knowledge and technical know-how required is quite specialist, so people tend to stay in the sector for a long time and we can get to know them well. The NBG connection helps to cement those relationships at every level of the supplier-merchant relationship.

GARY: Yes we’ve learned that civils is a very different business! You need a big yard for instance because, although a lot of deliveries are direct to site, the last few products very often come from stock. And it’s bulky stuff of course. We have to hold a lot of stock of land drain for example as some groundworkers can take 50 rolls at a time. Volume and a strong commitment to stock is vital to a successful civils merchant business.

TIM: Civils is also bit different from other areas of merchanting because there are so many bespoke products – we have to work really closely with suppliers on this. Often orders are very last minute, distress purchases; we will get a call from a customer saying “I’m down a hole and I need your help...”

GRAEME: Agreed! And it’s vital to buy in bulk to get the best deal. If we ever get stuck though, the ability to inter-trade with other NBG members is invaluable. We know that we are getting a good deal, and trading with a reputable, financially stable business when we trade with another member. We have opened accounts with many NBG members and it works really well.

GARY: Quite simply, I’d say that joining NBG is the best commercial decision we ever made at Penrith. The deals, the products, and the knowledge that we now have access to have directly added to our margins and profitability. No question of that. We have added £1.5million to our turnover by taking the decision to commit to civils as a specialism – that’s turnover that simply wasn’t there before.

GRAEME: NBG allows us to compete with the nationals really effectively. We no longer feel at a disadvantage to them. In fact, we very much feel like we have the edge now!

TIM: NBG events such as the Conference in November and the Partner day in April are absolutely invaluable for bouncing ideas off fellow businessmen, and I always come away with loads of ideas. But also, our branch managers use the NBG hub on a daily basis and that helps the NBG ethos to trickle down through our whole organisation.

GRAEME: Networking at events has been a major benefit of NBG membership for us too. As an independent merchant, by definition you are very much on your own. But I have picked up so many tips and best practice help from fellow members – it really is like a family.

TIM: I agree. Being in NBG was vital to our business during the recession. Not just on the civils side, but because it gave us priority access to other vital lines like blocks and cement when there were shortages. We have started selling timber and, from a standing start, using NBG deals we have seen that business really take off.

GRAEME: We’ve just opened a new depot in Glasgow and I’m pleased to say it is really flying, thanks in no small part to the help and support of NBG suppliers. We have used the NBG Hub to find the special deals for new branches that are available. In fact, we check the Hub every day for new products and deals – everything is in one place.

GARY: I think now is a great time to be thinking about a move into civils – lots of smaller groundworkers are emerging into the market and more specification work is coming through merchants. Margins can be tight and credit control is absolutely vital but business is there if you have the stock, commitment and expertise to tap into it. 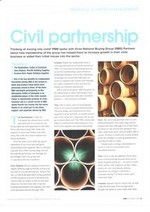