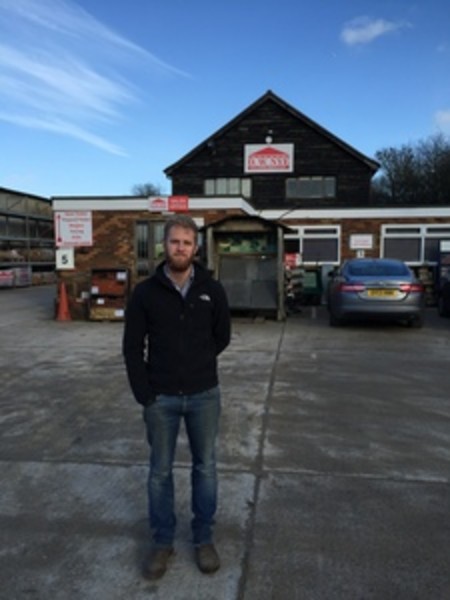 “NBG Partners are typically entrepreneurial businesses with a strong presence in their local communities,” says NBG’s Nick Oates. “Many of them are capitalising on that strength by expanding and develop developing their businesses, opening new branches and diversifying into related areas, supported by NBG deals from the industry’s top brands.”

Hughes Forrest: Based in South Wales, timber and general merchant group Hughes Forrest has increased its branch network by adding a new dual branch site in Pontypridd. The company bought a local business and has not only revamped and rebranded the site as Hughes Forrest, it has also moved its roofing division to the site, continuing trading throughout. Nick Bulpin, Hughes Forrest MD reports that the new site is already trading strongly. “There was a lot of residual good will for the existing merchant, but we have improved on its position by investing strongly in stock, using NBG deals across the board,” he says. “The site is convenient for customers and we’ve made a very encouraging start.”

W Madden: One of NBG’s Partners in Yorkshire has doubled its branch presence with the opening of a new branch in Horsforth North, Leeds. Using NBG deals, Maddens has opened a busy new depot on a busy main road with strong early results. The mixed merchant chose the site because of its strong passing traffic and has received plenty of support from NBG Suppliers. “We have had some great deals from suppliers for the new branch, simply because we are NBG members,” says Madden’s Paul Wilkinson. “I’ve been so impressed by the support we’ve received and that has reflected in the branch’s successful start.”

DW Nye: NBG member DW has acquired power tool and fixings specialist Fixing & Powertools Center. The acquisition offers Nyes a perfect fit with its existing Dorking-based general merchant business and gives it a valuable foothold in prime position in a prime town centre location. FPTC is well-known in Surrey for the purchase and resale of power tools, general fixings, clothing and chemicals. An on-site workshop offers repairs, servicing and warranty repair work on all types of power tools.