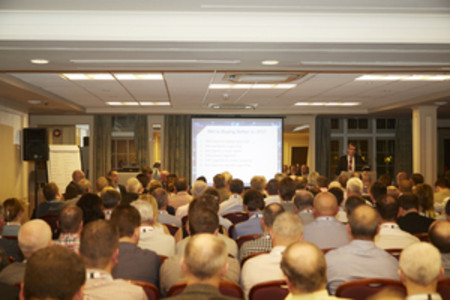 The annual NBG Partner Event has delivered a raft of positive news and impressive performance statistics to its merchant partners.

The event, attended by the principals and owners of leading independent merchants from across the UK, is a chance for NBG Partners to hear how the organisation is performing, the merchant sector is faring, and to exchange information, ideas and opportunities with like-minded businesses.

A key part of the event was the presentation of comprehensive surveys carried out by NBG among both its Partners and Suppliers. The surveys were carried out to benchmark NBG’s performance against a series of business KPIs and against other buying groups and nationals. The results showed that NBG’s claim to be the premier buying society is well-founded.

There was also positive news on business growth with 94% of suppliers who responded to the NBG Survey saying that they expected to see growth in their business with NBG merchants over the next 12 months. They also scored the organisation extremely highly for integrity, professionalism and relationship building: 87% of supplier respondents believe that NBG brings real value to their businesses.

The event also gave the NBG Category Management Teams an opportunity to brief the merchant members on developments in each product area - from civils to decorating supplies. Every category saw significant growth, new and improved deals, and active negotiations for new agreements underway.