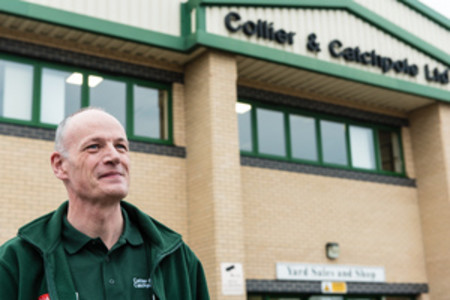 NBG has named Tim Rowbottom of NBG Partner Collier and Catchpole as the Chair of its Civils and Landscaping Category Management Team. Tim brings a wealth of experience and expertise to the role, steering the CMT in negotiating, ratifying, supporting and reviewing NBG’s competitive buying deals in this sector.

Each of NBG’s eight CMTs meets on a quarterly basis to discuss the progress of existing deals, endorsing new agreements, and to help ensure deal compliance across the group. Each CMT has representatives from every NBG region to ensure agreements are attractive to all partners. In addition, every NBG partner is typically represented on at least two CMTs, to ensure that all partners get an equal say and can share their expertise in their area of specialism.

“Being a part of NBG has been vital to Collier and Catchpole over the years so I am really passionate about being involved with helping to build those deals going forward,” says Tim. “Landscaping is an increasingly important sector for so many of our partners who are growing really successful landscaping businesses using NBG deals and using it to attract valuable retail custom. Civils is different from other areas of merchanting because there are so many bespoke products – we have to work really closely with suppliers on this and it is imperative that we cement those relationships at every level of the supplier-merchant relationship. The Civils and Landscaping CMT is central to that and I’m really proud to be taking the chair of such a vibrant and industrious group.”

“NBG has been central to Collier and Catchpole’s continued success, not just on the civils side for which we became well known locally, but because it gave us priority access to other vital lines like hard landscaping which has allowed us to really build and expand that side of our business,” says Tim. “We gain greatly from the NBG partnership, not just through the great deals, but through the knowledge within the group and co-operation between partners.”

Collier and Catchpole is an independent merchant with a history of almost 200 years in its native East Anglia. It specialises in heavyside building materials with a particular focus on civils and landscaping products.

Read about this story in the press, PBM