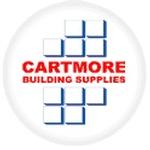 Cartmore Building Supplies was established in Lochgelly in 1986 and has now grown into Fife’s largest independent builders merchant. Expansion has brought about the opening of Cartmore Landscaping Centre in Polmont which features spectacular displays of hard landscaping to allow customers to see how products look in place. From our depots in East Scotland we supply a wide range of building materials to both the trade and public customers. Trade customers include leading national housebuilders such as Barratt, Stewart Milne, Miller, as well as many regional developers such as the Muir Group, Hadden Construction and Campion Homes. Many local developers and tradesmen also make Cartmore their first port of call as we have a firm footing in the communities we serve. We have also featured in BBC TV shows The Beechgrove Garden and The Instant Gardener and have exhibited at Gardening Scotland. NBG Partners sine 01.01.2000